A time series is a set of bivariate data where the independent variable is time. When the scatterplot represents data from a time series data, it is called a time series plot. 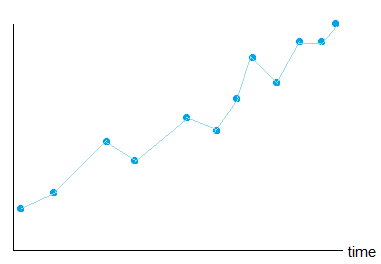 The pattern whereby there is an overall upward or downward movementt over the long term is referred to as the trend. A simple way to determine strength is to estimate a line through the points, ignoring fluctuations or residuals. Lines that go upwards reflect an increasing trend whereas lines that go downwards represent a decreasing trend. 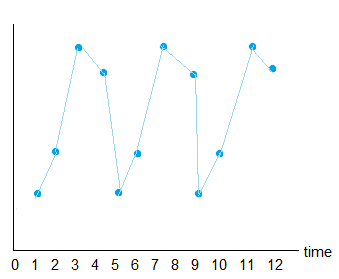 Seasonal variations show a pattern that is repetitive and evenly spaced within a time period of one year or less. They occur because of the different demands in that time of the year. For example, ice cream sales would inflate during summer, and the number of holidays booked would increase towards the end of the year. 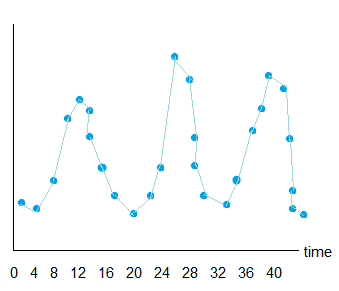 Cycles describe longer term movements within the time series that are not seasonal. These last over the year. 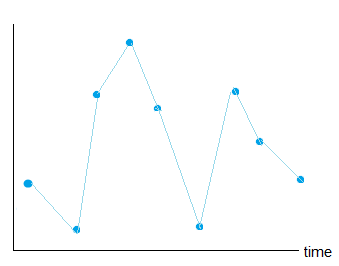 Irregular or random variation is the part of the time series that cannot be classified as being in either a trend, with seasonal variation, or a cycle. Using techniques such as moving means, the effect of random variation can be minimised and a pattern determined.