The cosine rule is used to find unknown lengths or angles in triangles. It is particularly useful in non right-angled triangles, and when two sides and a given angle are given, or three sides with the objective of finding an angle.

The cosine rule states that for a triangle ABC,

or, if transformed into the convenience of finding an angle,

Find the value of x in the following triangle: 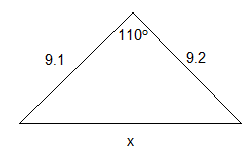 Find the value of angle A in the following triangle: 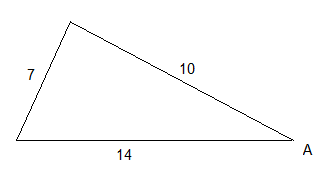