The sine rule is used to find unknown lengths or angles in non right-angled triangles. It is particularly useful when one side and two angles are given, or two sides and one angle are given.

The sine rule states that for a triangle ABC,

Find x in the following triangle:

In some occasions, using the sine rule directly will give the wrong angle output.

Find angle A in the following triangle: 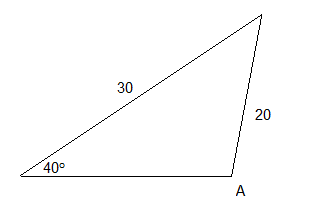 However, it is clear from the image that A is an obtuse angle. The inverse sine function on the calculator only gives the acute angle. If the angle is obtuse, then subtraction from

is necessary in order to obtain the right answer.

This ambiguous situation can be illustrated as below where A* = the angle given by the calculator. 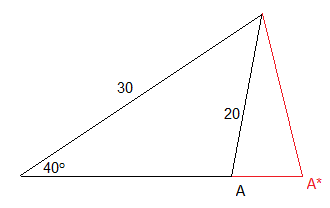