Can be written in the form of a matrix:

Information in a table

Information in tables can be simply summarised in matrices. For example, the information in the following table shows the number of students who participated in the three different types of jumps, according to gender.

This information can be represented in a matrix.

These informative matrices can be applied to solve problems. 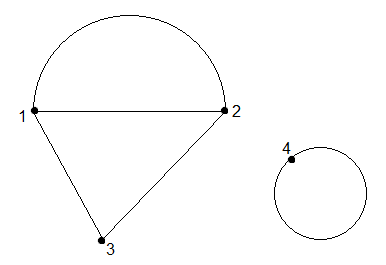 Matrices can also be used to represent networks. The network shows the intersection of roads. Each element in the matrix represents the number of paths possible between two points.

indicates that there are two paths from point 2 to point 1. Similarly, element

indicates that there is one path leading from point 4 to point 4. This is true, as this path reunites with itself.