Zhou Enlai was an important figure in the CCP, being involved in the party from its early days and rising to the status of foreign minister following the establishment of the People’s Republic of China. Zhou participated 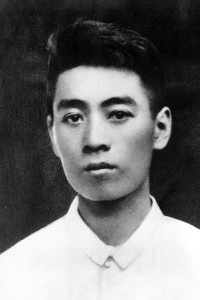 in the May 4th Movement but soon left China to study in France and Germany, where he formed an expatriate Chinese student CCP group.

Recalled to China by the Comintern, Zhou became prominent as an activist in Shanghai, organizing a general strike there in 1926 and making attempts to seize control of the city from the ruling KMT. These failed and in 1931 Zhou was moved to the Jiangxi Soviet, where he replaced Mao as political commissar in 1932. Despite this, the two became friends and political allies, both increasing their leadership profile during the Long March.

After the CCP’s victory in the Civil War, which Zhou contributed to by serving as a military tactician, he became premier of the People’s Republic and handled foreign policy matters such as the Korean War, Sino-Soviet relations and China’s dealings with the West. Zhou died in 1976, causing widespread outpourings of grief amongst the Chinese population.