In 1918 the librarian at the University of Beijing, Li Dazhao, founded a study group that explored Marx’s theories of communism called the ‘Society for the Study of Marxism’, of which Mao Zedong, the future leader of China, was a 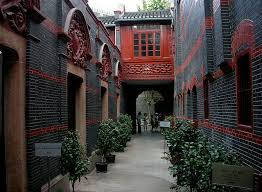 The setting of the First Congress of the CCP

member. With some support from the Soviet Union, the study group eventually evolved into a political party and the First National Congress of the CCP was held on July 23, 1921.

Two years later the CCP united with the KMT to form the First United Front against the warlords who ruled China at the time. CCP members embarked on the Northern Expedition with the KMT, but were soon attacked by Chiang, who feared their power. The CCP subsequently staged a number of failed uprisings in KMT-held towns, with Mao eventually founding a soviet in Jiangxi in 1928. The CCP’s power in Jiangxi continued to grow as it implemented socialist reforms there, and the power-base of the party moved from urban Shanghai to rural Jiangxi. Due to this, Li Lisan, who advocated an urban-based revolution was sidelined, while Mao Zedong and Zhou Enlai with their peasant-based revolution became the main power faction.

Eventually the CCP was forced out of Jiagxi by Chiang’s Encirclement campaigns and embarked on the Long March in 1935. The Long March forged the CCP’s ideology of struggle and hardship as signs of revolutionary character, which was to serve as propaganda and motivation in the post-1949 Communist state – it also confirmed Mao’s domination over 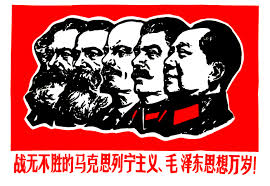 the party. Following the end of the Long March the CCP set up a soviet in Yan’an where it further strengthened its member base while Mao clarified and developed the tenets of the CCP’s central ideology, Mao Zedong Thought. The CCP entered into a Second United Front with the KMT in order to resist the Japanese takeover of China in 1936, but the uneasy nature of this alliance meant it degenerated by 1943 and the two sides again entered into civil war. By 1949, the CCP controlled most of China, forcing the KMT to flee to Taiwan, and establishing the People’s Republic of China.