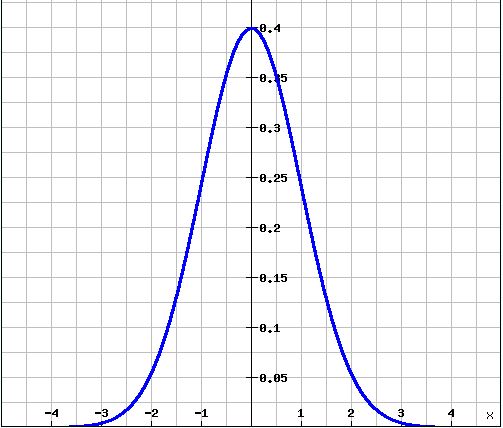 The Bell curve has the following key properties:

This gives us a new equation of on over sigma times the square root of two pi times e to the power of negative a half of x minus mew over sigma all squared. Where sigma is our standard deviation and mew is the the mean value.

Spread of the Normal Distribution

The main strength of the normal distribution is that we know what percentage of the distribution lies within each standard deviation of the mean.

Part B, asks us to find the equivalent standardise value for the probability x is greater than 7, but at the other end the distribution for when the standardised value is less than b.

Step 1 Find the value of z above which the probability is the same as x is greater than 7.