A hybrid function is where there are different rules or functions over different areas of the domain. This is used to model real life situations where it is too difficult to find the one function to model all of the data. Hybrid functions appear like this:

In order to sketch this graph we need to break it down into the separate domains and draw the function between their end points. 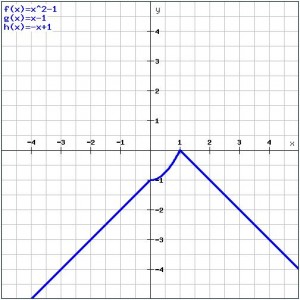 Now we will look at the absolute value function. The absolute value, also known as the modulus, function is used to define a number that is always positive. It can be shown as a hybrid function such as:

Absolute value functions have a number of properties which are important to know, however they are fairly intuitive.

Sketch the graph of:

And to label the axes intercepts and endpoints of the graph.

First we can work out the endpoints of the function, which will give us the y intercept as well.

We know that whatever we take as the absolute value ofn in this function, x minus 3, will always be negative due to the sign out the front.

Therefore the function will decrease as the value of x moves away from three, with the maximum occurring when x equals 3 and the absolute value is zero and the function equals 2. We also know that the function has a gradient of one. 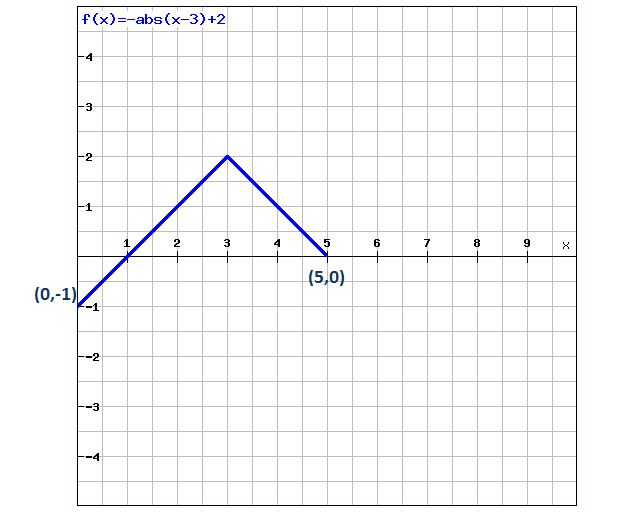