A residual is the difference between the observed value and the predicted value in the y-axis. 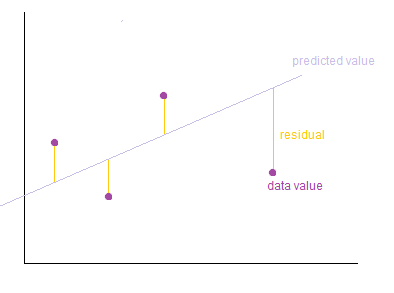 In linear regression lines, the residual is the vertical distance from a data point to the straight line. Hence, 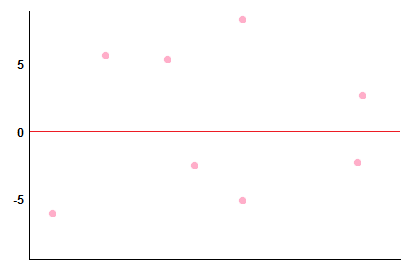 A residual plot is a graph of the residual value for each data value against the independent variable. If the residues are randomly scattered around the zero regression line, then it is likely that there is a linear relationship between the two variables. On the contrary, other patterns in the residual plot would indicate that the data set follows another relationship.